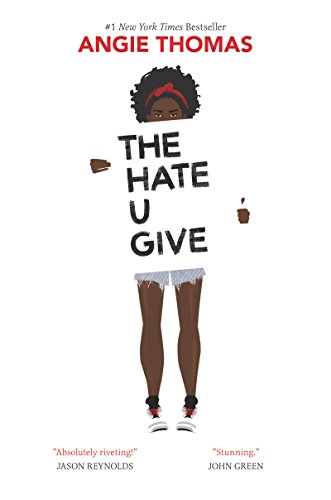 The Hate U Give caught my eye back before it was released in late February thanks to the 2Pac reference in the title but I just was able to download it to my Kindle from the library this week. It was as good as I hoped. The story of Starr, a black girl going to an upper-middle-class prep school who sees her childhood best friend shot by the police after a traffic stop is unfortunately very familiar and timely. The book takes you through her everyday life living in what she refers to as “the ghetto” to having to code-switch and hide some of her personality and background to fit into her mostly white fancy school to dealing with being the only witness to the shooting of her friend. Testifying at the grand jury and the aftermath. The scenes of what happened after the (unfortunately expected) verdict of not guilty came out in her neighborhood featuring burning businesses and police with riot gear and teargas reminded me of what happened here in Baltimore after the Freddie Gray trial.

The book was so well written, it had a clear voice and the descriptions of events and places were vivid. I am not a huge young adult reader but it was so well-done it read like an adult book but about mostly teenagers. The story was simple but touched on so many issues like  the Black Lives Matter movement, protesting, leaving the “old neighborhood” behind, interracial dating, gangs, schools, civil rights, the justice system, teenage friendships, family dynamics and the sense of place that it really draws you into Starr’s world. One of the best books I’ve read on these sorts of issues. It also does the rare thing of tackling serious issues while still being readable, relatable and even funny. A rare gift.

I recommend this book to anyone mid-school age and up. I almost wish I was still teaching so I could encourage my students to read it, there are too few books about people they could relate to out there. It is also going to be a movie. It just started filming and has some of my favorite actors in it so I’m looking forward to that!